FEATURE: Flying Fennell looks back over a cracking season

Everything went to plan for Chris Fennell last season resulting in 21 wins from 22 outings and picking up five national titles along the way.

The 26-year-old won national crowns over 10, 50 and 100 miles along with the Circuit and Closed Circuit Championships.

Fennell had won the National Closed Circuit and 25 titles in 2019 before narrowly missing out on any national crowns during 2020.

However, in 2021 the The Independent Pedaler–Nopinz rider was in formidable form winning events from April right through until October.

“It was a great season for myself and the team as a whole, “said Fennell.

“I can’t complain, I had great form all year and didn’t have any issues at all. I raced every race as an individual event and the outcome was pretty good each time.

“We didn’t have any issues at any events, no mechanicals or anything like that. I suppose we were lucky.

“It’s difficult to hold your form with the races being so spread out but I just took each race as it came. 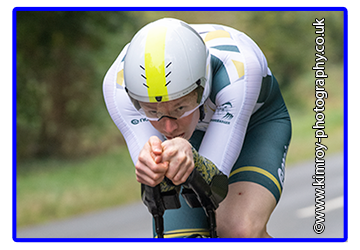 “It was more about consistency, and I didn’t have any specific peaks in my training but the aim was just to be consistent.

“If your legs aren’t there then you have just got to mentally turn up. We’ve worked a lot on that side of things and just take it to the next level and race anyway.

“It’s about just committing to it and racing as hard as you can, seeing what happens and not worrying too much about things.

“At the end of the day you’ve just got to enjoy it, go out there and race. More often than not my form has been good in the last year.

“Looking back at the season we probably came in a bit hot. I just wanted to be going well for the start of the season.

“Psychologically that’s good to have a good start. Even though I maintained good form across the season it was starting to dip like everybody at the end of the year.”

Fennell highlighted winning his first National 100 crown as a highlight of his season which took place in South Wales back in July.

On his first attempt at the National 100-Mile Championship Fennell clocked an average speed of over 30.25 miles per hour to finish in a winning time of 3-18-18, some eight minutes quicker than his nearest rival.

“The National 100 was probably my best race physically,” said Fennell. “That was my highlight of the year as everything came together for that event physically and mentally.

“You just have those days where everything goes right and it was one of those. It didn’t feel like 100 miles. It was tough but it all came together so I was pretty proud of that one.

“I knew from training the sort of numbers I could hold for the duration. We were not looking at anybody else, just what I could do and the result would be the result.

“I had a good idea of the power needed so we just went out a bit optimistic and hoped that I could last the 100 miles, which I did.”

Fennell’s only defeat in 2021 came in the National 25 when John Archibald (Eolo Kometa) took victory.

Archibald posted a winning time of 45 minutes and 48 seconds on the out and back course between Keswick and Cockermouth in Cumbria.

Fennell finished second just 21 seconds behind in 46-09 with the 26-year-old happy with his performance despite finishing second.

“In the 25 I had a pretty perfect race,” added Fennell. “But [John] Archibald is a very fast rider so to come second to him is absolutely fine. I couldn’t have done any more on that day so second was my best and I was pretty pleased with that.”

Next year Fennell hopes to repeat the feats of 2021 but also has one eye on adding the National 12-hour title to his collection.

“There is lots still to win and we go again with the same attitude and just try and repeat it really,” added Fennell. “There are so many good riders across the country and it is a fight at every race so we’ll see what happens.

“It’s only recently that we’ve started taking it to the top guys so I’m still fresh and ready to keep going at the top end to see where we can go over the next few seasons. 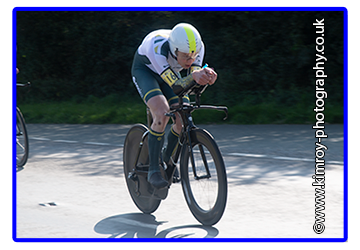 “There’s definitely more left. This year we had a perfect year and there are always things you can’t control.

“We will go for it again and see what we can do. Depending where the 12-hour is I might try that but I’m not putting all my eggs in that basket yet.

“The focus is on repeating what we’ve done and then take it as it comes. I don’t think I could ever do the 24-hour. But with the 12-hour with it just being a long day I think it’s within my abilities. There’s a lot of good guys at that distance that don’t even race shorter distances.

“I think it would just be a race with myself to see what I could do and tick it off. But we’ll see how the year goes.”