Emma Lewis and Marcin Bialoblocki were crowned winners at the National 50-Mile Championships in Carmarthenshire on Sunday.

Lewis, the 28-year-old from Herne Bay who rides for The Independent Pedaler, clocked 1-51-31 to take the win in the women’s event by almost six minutes from Alice Lethbridge (Drag2zero), while her team-mate Vicky Gill was 51 seconds down in third.

And 35-year-old Bridgewater-based Bialoblocki (NOPINZ) took the men’s title  by more than three minutes, his time of 1-36-23 giving him the win by 3-18 from Chris Fennell (The Independent Pedaler), while 2018 runner-up Chris Bartley (AS Test Team) had to settle for third this time, another 1-08 off the pace.

“I’m very happy, it all went perfectly,” said Bialoblocki, who rode the Polish National Championships earlier in the week.

“I did a 25 on these roads a couple of weeks ago, so I knew the course quite well and I love to ride it. It’s beautiful and it was very nice conditions. Thankfully it wasn’t too hot or too cold, just right and with very little wind.”

Bialoblocki led NOPINZ to the team prize too with Conrad Moss and Lee Frost finishing seventh and 19th respectively to top those rankings.

Women’s winner Emma Lewis said: “I’m really proud to have won by the margin I have because the other girls are such seasoned riders over this distance. To come out with a win here is great, I’m honoured. This was a big target for me this season. 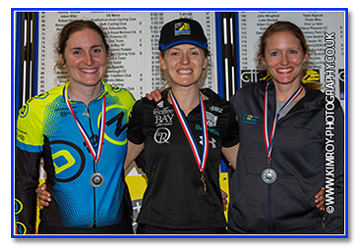 “I wanted to get a long 1-51, so I’m pleased to have done that. It was slower going out to the turn than I expected, but then it was faster coming back. I was hoping to PB but it’s such a sporting course I just kept the power on the hills and recovered on the downhills.”

Meanwhile Drag2zero won the women’s team prize with Lethbridge and Gill being joined by Liz Powell, as their team-mate and pre-race favourite Kate Allan a non-starter. 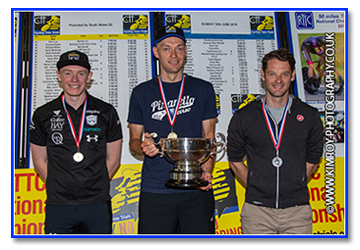 The event used the R50/5 course starting and finishing at Llandovery, and leading riders along the A40 to Carmarthen and back.