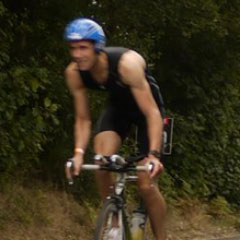 One month after taking the RTTC 50-mile Championship Ryan Pery (Langdale Lightweights RT) added the 100-mile title to his calling card and Hayley Simmonds (AeroCoach) took her second successive title at the distance on Sunday at Yarm, near Stockton on Tees, on a dull and windy day on the T1002/2 course, the setting for one of the most interesting 100-mile Championships for some years. 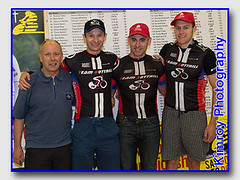 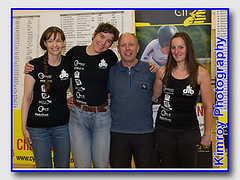 Team honours went to Team Bottrill's Dewey, 2015 Champion Charles Taylor and Jonathan Parker, their 10-42-10 a Competition Record while Born to Bike-Bridgtown Cycles took their fifth title in seven years thanks to 12-Hour Champion Katja Reitdorf, Susam Semple and Lynne Biddulph, who has figured in all the team's successes.

Let's deal with the women first as their event was done and dusted first. Ewing set the early standard among the potential medal winners reaching the 50-mile point in 2-02-06 only to be improved within minutes by Jackie Field (CC Ashwell) who was just outside two hours with her 2-00-12. At this point Clarice Chung (SSLL RT) had slotted in to third place with her 2-02-08 while her team mate Mel Wasley had punctured and was out.

The standings took on a new dimension with the arrival of Angela Hibbs at the half way check, her 1-55-40 taking the classifications to a new level before she fell foul of Hayley Simmonds, resplendant in her National Champions Jersey. A 1-53-57 giving her the lead by 1-43 from Hibbs with Field  third and Ewing fourth

EWING IN THE MEDALS

10 AND 25-MILE CHAMPS NEXT FOR SIMMONDS

"I'll be a lot better in 15 minutes when my back has stopped killing me," was Simmonds immediate reaction to how she felt. "I had hoped that there was a chance for the Competition Record today (3-44-22) but the first and third legs were so hard I knew I would not be able to make it up on the last leg, I just couldn't go fast enough," Simmonds explained.  "I've got a German stage-race that I rode last year this month, I've been invited to ride with a team that needed a couple of riders. It has a time trial stage that suits me. In August I'll be concentrating on domestic time trials with the 10 and 25-mile Championship 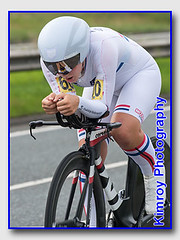 A PB FOR HIBBS

University Lecturer Angela Hibbs had only ridden one other `100`,  "Some while ago I did a 4-54-00 on a hilly course so today's a big improvement as far as a PB goes. It was pretty much going in to the unknown today. I rode steady in to the wind and hoped it would pick up and help me back. I knew I was fit after winning the `50` and used the same power today. I'm going to have a few days holiday in Copenhagen with my parents and then I'll be going for the 10 and 25-mile Championships, although they are too short for me," Hibbs said. Hibbs revealed she is getting married in September so she is not sure about being at the Circuit Championships.

Half way in to the Men's Championship John Dewey was in charge leading Perry by 44 seconds, Richard Bideau by 2-43, Kieron Davies (drag2zero) by 3-35 and defending champion Charles Taylor by 6-21, who was obviously not on one of his better days.

Before that it was veteran Stephen Irwin (North Lancs RC) who ruled, a 1-48-55 giving him a temporary lead before Peter Harrison (GS Henley) went through 50 miles in 1-46-26. A stronger second half saw Irwin earn a good sixth place with his 3-32-46 having wiped out his 2-09 deficit on Harrison and putting a further 2-31 in to him.Harrison finished with a 3-35-17 for seventh spot.

Off number 145 Dewey was first of the leaders to finish and shot to the top of the leader board at the event headquarters at Conyers School in Yarm with a 3-25-46 to begin an anxious wait for his opponents to finish.

Kieron Davies was the first of these back and his 3-30-29 left Dewey still number one. Richard Bideau got closer to Dewey with a 3-26-24 it just remained for Perry to reach the timekeeper at the Kirklevington finish. Initially Perry's time was registered as a 3-43-52! Much to serving soldier Perry's delight that was quickly changed to a 3-23-52 and he was the Champion..

"I enjoyed that, although I must admit I enjoyed the Anfield BC `100` more. I was cruising for the first 80 miles today and rode harder over the last 20 miles. I was getting time checks on Richard Bideau and knew I was two and a half minutes up on him," Perry said.

A Captain in REME Perry is getting plenty of support from the Army. "While I'm winning National events I think they are pleased. Its the social side of cycling that I love, I certainly don't like the training I have to do to race. I've just bought a tandem, that will be fun. I've got the Grand Prix of Wales road race coming up and then I'm looking forward to the 10 and 25-mile Championships in August," Perry added. 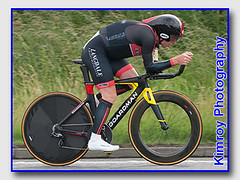 "I was hoping to get a 30mph `100` today but I'm happy enough with what I did, it is a PB for me, I won the Hounslow & District Wheelers event with a 3-28-31 earlier this season," Dewey said. "I'm over the moon with coming second, its my first National medal and on top of that we (Team Bottrill) won the team race with a Competition Record, that's great for the team," he said.

So ended a very competative championship faultlessly promoted by the Stockton Wheelers CC in this their Centenary year. 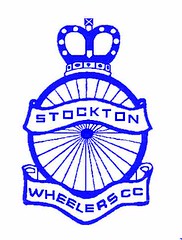