We preview the 2022 National Championships

With 11 national titles up for grabs details of this season’s RTTC National Championships have been released.

The first national honours being contested will be the National Road Bike Championships with riders able to test their early season form on March 20.

The road bike titles will be fought out on the A46 in Nottinghamshire on an out-and-back 25-mile course between Newark-on-Trent and Cotgrave with events for men, women and juniors. 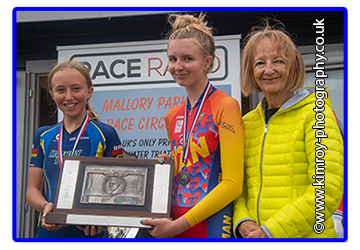 Staying in the East Midlands for the second national titles, teamwork will be key as VC Long Eaton host the National Team Time Trial Championships on May 22 over 29.2 miles.

Ribble Weldtite Pro Cycling are the defending men’s champions but could be without Dan Bigham this season who has signed as a staff member for Ineos Grenadiers.

Meanwhile, CAMS Racing will be hoping to defend their women’s title after winning in Scotland last season.

The blue ribband event of the National 25 Mile Championships follows soon after, taking place in Somerset on June 11 and 12.

Women and juniors will compete over the out and back course on the Saturday before the men compete the following day.

Just a week later the National Circuit Championships crown will be up for grabs on June 19 with riders competing over 28 miles in the event hosted by London North DC on the F12/28 course.

The race will also feature as round six of the Merlin Cycles Classic Series, providing a challenging course and worthy winner for both competitions.

Coming thick and fast and from one end of the country to the other, the third national crown will be awarded in as many weeks on June 26 with the National 50 Mile Championship. 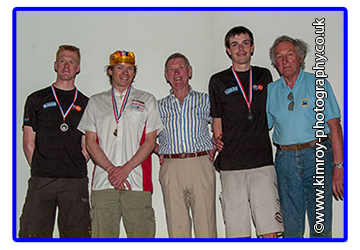 Hartlepool CC are hosting the event for men and women riders on T502/1 course in Teesside.

After a short break in national competition the long-distance specialists will come out to play in the National 100 Mile Championships on July 10.

A familiar course to many will see riders competing on the L10010 between Keswick and Cockermouth with three and a half laps of an out and back circuit.

Riders will be hoping for better conditions than greeted competitors in the National 25 last season when a similar course was used.

Those that fancy themselves over the longest discipline will be focused on the National 24 Hour Championship which takes place on July 23-24.

Mersey Roads will once again be hosting the endurance test on the D24H course when competitors will be hoping for cooler conditions than last season’s event when Robbie Mitchell and Christina Murray battled temperatures of 26 degrees Celsius on their way to the men’s and women’s victories.

From the longest national championships distance to the shortest, the National 10 Mile Championships takes place this year in Yorkshire on August 27 and 28.

The V714 will welcome riders for the out and back course along the B1230 between Gilberdyke and Howden. 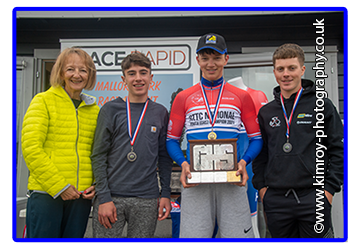 Once again the women and junior competitors will compete on the Saturday with men racing on the following day.

Those competing in the National 12 Hour Championships will be heading to Monmouthshire on September 4.

The course heads out between Abergavenny, Monmouth, Usk and Hereford in the opening 100 miles and then between Monmouth and Abergavenny for the remainder.

Thruxton motor racing circuit will again host the National Closed Circuit Championships which will this year take place on October 9.

Finally, the National Hill Climb Championships will this year be hosted by Velotik & Wrexham RC on October 30 to complete the season.