The 30-year-old from Scotland won the National 25, Closed Circuit and Circuit Championships in 2020 along with also crashing out of the National 50 during a frantic end to the season.

However, next season Archibald’s time trial appearances will be few and far between after signing for pro-continental road racing team Eolo–Kometa.

“The way it is looking at the moment I don’t think I’ll be doing much, if any,” he said. “We’ll wait and see but obviously I’ll be looking for opportunities to practice on the time trial bike.

“If there’s a local race that I’m happy to do and the team are happy for me to do I will. The way it seems with these teams is that you will be racing a lot and there won’t necessarily be a lot of spare time to fit in domestic races.” 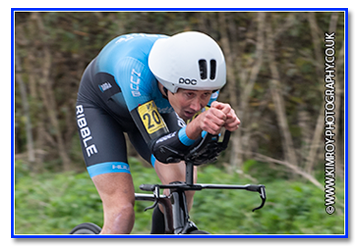 However, he was thankful that Cycling Time Trials were able to hold their national championship events in a block of racing during September and October.

“We went from a case of hoping that we’d be racing a few times in the back end of the year to all of a sudden thinking there might be nothing at all and that you’d having nothing to go at all year,” added Archibald.

“It was good that they were able to put on a good spell of events. The fact there were no other races on meant that there was no other excuse for not showing up. I think it’s the best thing to have good guys there and it brings everyone on really.

“I took a break when the Covid outbreak was announced and races started to get cancelled. But even then you were hopeful of races coming back before they did.

“So you were back in training and then started to peter out. That last five weeks I tried to peak for every race in a row and you cannot keep doing that for five or six weeks on the trot.

“I was on the downward trajectory but just caught it at the end and I was pretty happy with it. I’ve learnt a lot through that racing block and not every race I did was perfect.

“I definitely learnt a lot about peaking, form and tapering, what works for me and what doesn’t. It was an interesting period.”

Archibald’s first national title came in the 25 when his time of 44 minutes and 50 seconds on the out and back A46 near Nottingham saw him finish a minute clear of his nearest rival.

The 30-year-old said that winning the 25 was his favourite moment of the season. 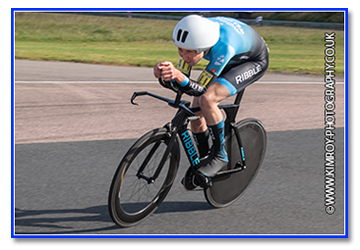 “It is a blue riband event,” he added. “The nature of there being a few past champions there, such as Alex Dowsett, made it was highly competitive.

“I had a very good performance on the day which makes me look back fondly at it as well. I’m just generally very happy with that performance.”

While Covid-19 restrictions were implemented to safely hold time trial events across the country Archibald said the events felt as normal as possible.

“There were obvious differences to them but it didn’t feel a world away from normal,” he added.

“Racing on a dual carriageway means that there aren’t massive crowds of spectators and not loads of rules and regulations on the actual course.

“It was nice that was all able to go ahead as planned and give us something to go at.”

* All reports and features are copyright of Cycling Time Trials/Snowdon Sports. Not to be used without permission.